A major issue that seems to plague the modern Asian American conscience is the lack of (complex, genuine) media representation that the community receives. People have drawn attention to this on many fronts, including music, film, television, and media production. Of course, this isn’t a new problem for American media as artists such as Dumbfoundead have been calling attention to this issue for years, particularly in the rap/hip-hop industry. 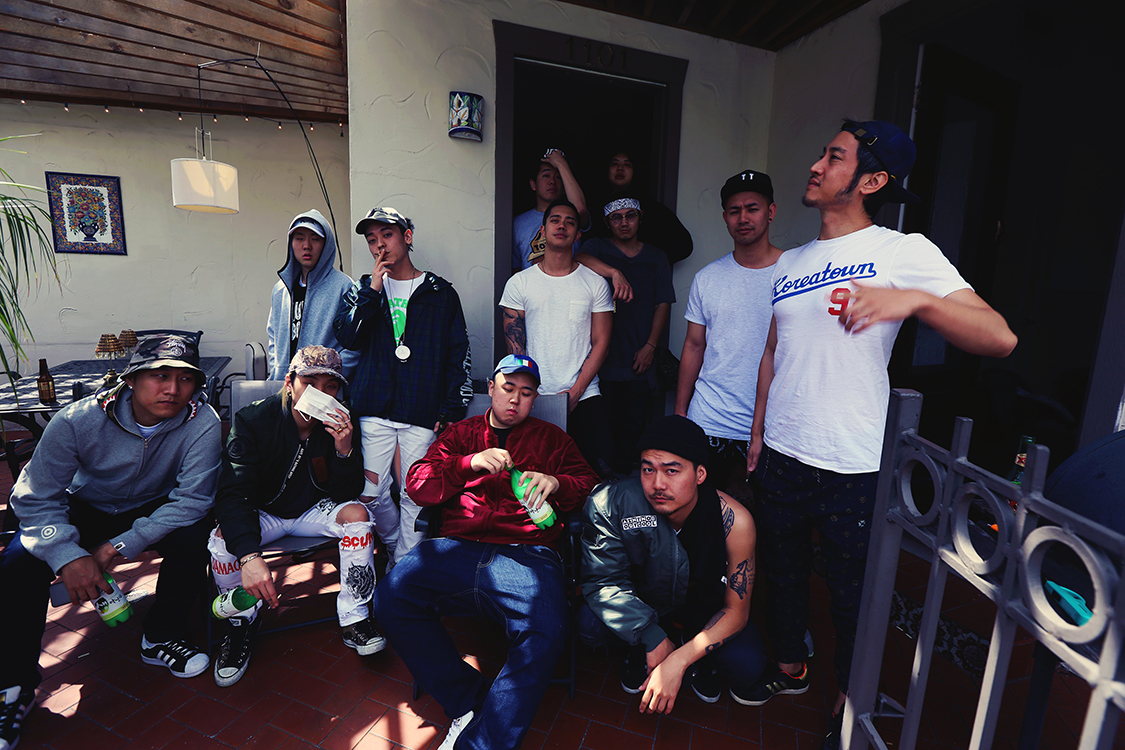 The recent rise of independence for artists in music gives space for progress in representation. I don’t believe the industry is now at a point of proper representation or appreciation for Asian/Asian American artists, but I do think the new waves of change in creative culture have led to a slow increase in representation. This representation isn’t in the major record labels, which is where many people want to see it, but rather in the independent and fluid ‘underground’ music scene (I use quotes because many artists from this scene can actually make a living on their music despite not being mainstream). There are many labels/collectives that maintain ideals associated with the underground, but have gained the commercial success of the mainstream (i.e. Savemoney, Top Dawg Entertainment, Cxshxnly). Being underground while having the ability to live off of the capital from one’s underground art is paradoxical, as we traditionally conjoin both the countercultural, grassroots attributes and the commercially unsuccessful aspects of the underground. To avoid this inherent contradiction, I will use the term ‘commercial underground’ to refer to the in-between space housing artists who are not connected to the mainstream yet still are commercially successful enough to be a full-time artist.

(some members of Soulection)

There are constantly groups moving in and out of the commercial underground, but one that has been present and influential since 2011 is Soulection. Their roster is far too large to list, especially since many members have come and gone, but Soulection has been/is a creative home for many Asian American producers and DJs connected to the rap/hip-hop/R&B/house/trap scenes. They have a tradition of creating at the fringe and merging musical styles from many genres, as even members of the group have said that they wish to make genres a “thing of the past.”  This very practice is called ‘Kreolization’ by Fred Ho, as he illustrates it as a mixture of both people from the margins (nonwhite or otherwise marginalized people) and their cultures. He goes on to end that article with the statement that “New cultural forms will inevitably flow from this unity,” which is exactly what is being witnessed in collectives like Soulection.

The dismantling of genre by independent collectives and artists has a simultaneous cause-and-effect relationship with a general reduction in gatekeeping, by fans, artists within the (commercial) underground, and the hidden faces of big money that power major record labels (since they have no power in the underground). Less gatekeeping and more fluid ideas of genre result in a general decrease in rigidity of expectations from fans. The combination of these trends provides groups like Soulection with the newfound opportunity to create their own styles and identities without facing backlash from their followers or reduction in financial backing, since their followers provide the finances. Additionally, a lack of stereotypes to apply to artists or types/styles of music allows for an increase in multicultural representation, and in effect, Asian American representation. Wendy Hsu speaks of this creation of artistic identity among indie rock artists in her chapter Defying Multiculturalism. The method of creation in her examples is the invention of new terms for genre such as ‘lo-fi.’ While this exercise of agency among artists of color is the same, Soulection in specific does so by refusing to name their sound anything other than ‘future’ (as they are the “sound of tomorrow”).

There are two problematizing points that come out of such a positive shift in the music world. One has to do with the idea of sustaining a healthy, non-monolithic commercial underground, and the other regards ideas of explicit resistance. Firstly, all of this progression was likely made possible by the constant introduction of new digital spaces for music sharing, which use genres as a large part of their search/suggestion algorithms. SoundCloud, one of the largest of such spaces, has a set of genres that artists may list their music under, confining them to one main genre while allowing them to tag many others. The problem that arises here, however, is an inability to categorize music once a scene has been Kreolized on a major level. There are possible solutions, for example organizing suggestions based on artists’ collaboration circles or affiliation, but they do not exist now. Secondly, if the commercial underground were full of explicitly resistant lyrics, it would lose its underground quality (remember much of the music here doesn’t even have lyrics). This necessitates more labor by both the artists and their fans if they want to have an active voice for social change, as artists would need to proliferate their sentiments through other forms of media in order to maintain the unique sound of the underground, and fans would have to read or listen to that as well as the artists’ music.

Although there are new problems that must be solved arising out of the environment created by the growing presence of the commercial underground and the active combat against strictly defined genres, there are far more possibilities for positive change.