For many Asian Americans, seeing and hearing K-pop is radical; growing up with so few visibly Asian people in the American entertainment industry, the existence of a mainstream pop industry of Asian people seems progressive. K-pop producers, idols, and other members of the industry aren’t bound by the structural barriers than Asian Americans face in the U.S. As we’ve discussed, Asian Americans are often forced into stereotypical roles or simply replaced by white people in the mainstream entertainment industry. However, although K-pop is not affected by these racial biases during its production in Asia, that isn’t the case in the U.S. K-pop continues to struggle to find success via mainstream channels despite its increasing American fanbase. American companies have taken notice of the increased demand for K-pop, but similar to their treatment of Asian Americans, K-pop is strictly maintained as foreign, damaging its potential further growth.

BTS’ recent win at the Billboard Music Awards was heralded as a significant next step for K-pop toward mainstream recognition in the US, and in many ways, it’s indicative of a massive and passionate fanbase. They handily won the “Top Social Artist” award, beating out Justin Bieber. This win was certainly surprising to many Americans, and American media responded accordingly. Many articles were published, citing this as a historic achievement for K-pop.

While it’s impressive, this award doesn’t seem to be particularly notable. Billboard in particular seems to be invested in the visibility of K-pop — they’re one of the only American music publications with a dedicated K-pop section and columnist. They may be genuinely interested in K-pop, but the more likely reason for this investment is based in the company’s self-interest. Billboard is considered the most prestigious US chart abroad, especially in Asia. It’s fairly common to see K-pop companies proudly share the accomplishment of a number one position on Billboard’s world albums chart, even though the competition is scarce (the current number one album is Voices Of Angels by Celtic Woman Featuring The Orchestra Of Ireland). The relationship between Billboard and K-pop is mutually beneficial. K-pop companies have a tangible way to measure success in the US, backed by a reputable organization, and Billboard maintains its international relevance. These conclusions are drawn from circumstantial evidence, but it seems to be a reasonable explanation for BTS’ nomination. Billboard itself was leading the American media push when BTS topped its chart. This token nomination is noticeably the only category that isn’t selected by Billboard itself, absolving the organization from any backlash from their inevitable win. The BTS fanbase’s efforts shouldn’t be discredited, but the nomination is a fairly empty gesture.

The nomination and subsequent win at the BBMA is emblematic of the overall treatment of K-pop in the US. BTS’ relevance in undeniable, but they’re also categorized separately from the rest of the pop world. This can also be seen across the rest of the industry. Just within the past month, G-Dragon’s huge stadium tour was not even mentioned on Live Nation’s social media, other than a post on its dedicated K-pop page, and CL’s feature on Lil Yachty’s album was relegated to a bonus track for Target (only for physical copies of the album purchased at Target…). K-pop artists are given recognition, simply due to the size and paying power of their fan bases, but they are never taking center stage. The structural reasons for this are rather easy to see (the lack of diversity in this infographic sums it up). Just like with Asian American media, it’s considered too foreign for mainstream audiences and as a result, destined to be marketed solely for a niche market. It’s assumed that extensive marketing campaigns aren’t required because dedicated K-pop fans will seek it out themselves; G-Dragon’s tour will probably still sell out, and some fans will probably go to Target to buy Lil Yachty’s album for CL. Capitalism has driven American companies to profit off of K-pop, but it has not generated any actual investment that markedly benefits K-pop and its fans. This kind of management of the distribution of K-pop in the U.S. is manipulative and disingenuous, and it will stifle growth moving forward. 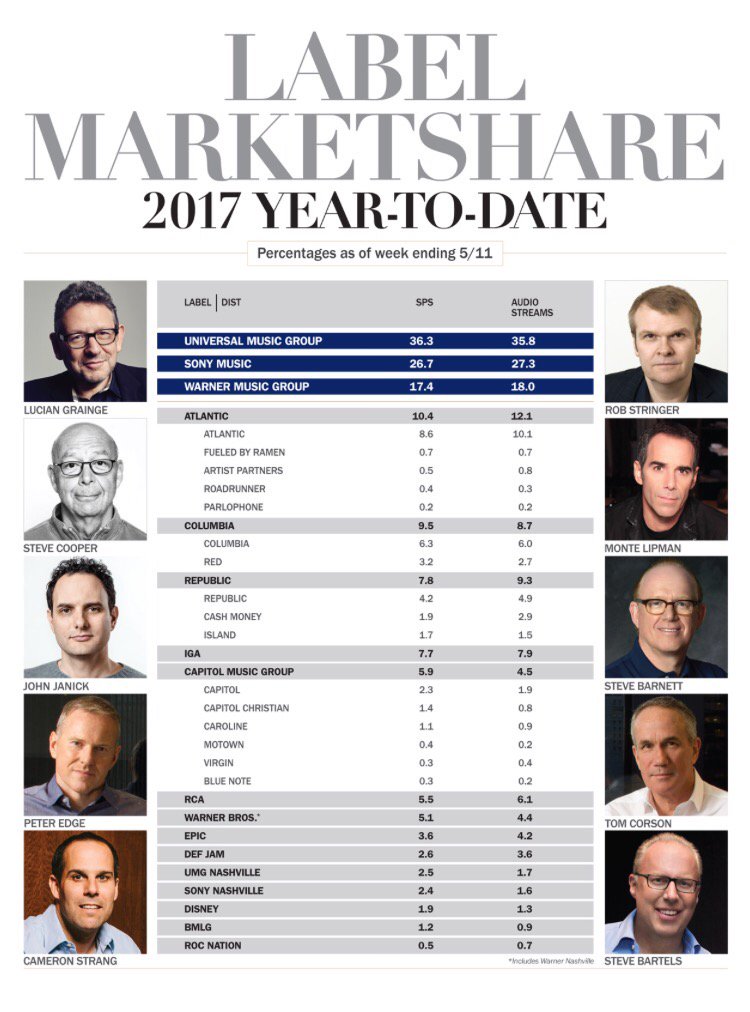 Following the absurd, unexpected success of “Gangnam Style,” it was inevitable that the American music industry would take notice. Efforts to cash in on this ever-growing trend have been constant since then, but they are not rooted in genuine interest. Given the escalating, potentially world-ending crisis in North Korea and the incredibly poor management of the situation by our government, China’s ban of K-pop is probably not going away, making North America K-pop’s largest ancillary market. As K-pop continues to grow, perhaps even more rapidly now, it remains to be seen how the American music industry will react. The similarities to the treatment of Asian Americans surfaces an ambivalence regarding Asian American audiences, but unlike most Asian American media, the K-pop industry controls its own methods of production. This presents a unique future for K-pop in the U.S. This seems to be the ultimate test of whether YouTube and social media can genuinely support a pop culture outside of the American mainstream. Even with the structural barriers of the dominant powers of the American music industry, can K-pop still succeed due to the decreased importance of official channels of distribution? I hope so.