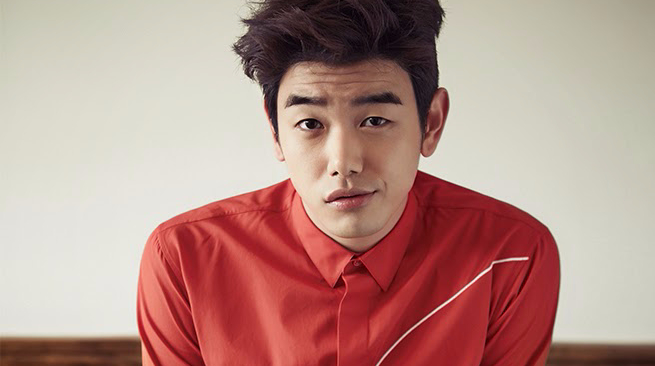 The “blending of Asian and American elements,” which defines fusion, is “a practice that is supposedly the trademark of being Asian American” in contemporary music scene (Lam 40). While it appears intuitive, this framework places a difficult demand on Asian American musicians that limits their creations to just those that make compromises between “Asian-ness” and “American-ness,” incorporating “features that can easily be identified as either Asian or American elements” (Lamb 40).

It is as if Asian American musicians, seen as unable to create an original genre for themselves nor contribute anything meaningful to existing fields of music, are given the job of a cultural ambassador between different artistic realms. Asian American music, then, is never hip hop, but hip hop with “Asian” themes and images. Never jazz, but jazz re-imagined through “Asian” instruments.

Against the backdrop of such prevailing discourse surrounding Asian American music, songs like this appear hardly relevant:

The main vocalist of this rather formulaic EDM is Eric Nam, a Korean American singer. While the song itself may feel underwhelming in or even diversionary to the broader struggle for Asian American representation in music, I argue that such reaction is the result of a misplaced focus which disqualifies songs from “Asian American music” by over-determining “fusion” qualities. Expanding upon Lam’s understanding of the term “Asian American music” as a “heuristic device to analyze cultural, social, ethnic, and personal expressions in the musics of Asian Americans,” I seek to reveal the significance of Eric’s non-fusion performances as legitimately Asian American and re-articulate Asian American music beyond fusion, and even beyond music (Lam 30).

Eric Nam was born and raised in Atlanta, Georgia, and finished his education in America with degrees in International Studies and Asian Studies at Boston College.1 Although music has always been a passion, his awareness that “music always seemed out of reach, particularly for an Asian or Asian American” in the U.S. has deterred him from making an earlier commitment as a singer.2 During his childhood, “singing was always on [his] own,” and his performances were limited to “uploading YouTube videos for constructive criticism,” as he felt that “it was also [his] only real outlet to perform”.3 When a Korean television network spotted him after when one of his Youtube covers went viral, he was offered a spot to compete in MBC’s Star Audition program.4

Nam is careful when he speaks about his decision to enter the Korean music scene, noting that “I don’t think I really chose to go to Korea, but that’s the only place that has opportunities for us”.5 This cautiousness is perhaps owing to the fact that just as his “Asian-ness” has complicated his Asian American identity in America, his “American-ness” has been a source of difficulty and tension in Korea. Korean Americans like Nam who grew up in the suburbs of Atlanta foreign to Korean society is labeled with the derogatory term 교포 (pronounced gyopo).6 As a Korean American who grew up in America, he recognizes the painful reality “that ‘everyday is a challenge’ in Korea given the new language, mannerisms, and the stigma surrounding his 교포 status.7,8 Nevertheless, he was able to launch a successful, solo, k-pop career, fashioning the boy-next-door aesthetics of the Korean mainstream.

However, his efforts to legitimize Asian American identity in music did not stop there. Riding the wave of popularity through k-pop, he also contributed to the movement for Asian American recognition in music back home. He currently juggles between the demands of his k-pop producers and his independent projects for American audiences by networking with artists based in America. In addition to the earlier mentioned EDM “Into You” produced with KOLAJ, he has also collaborated on the R&B “Cave Me In” with Gallant and Tablo. Both were, indeed, intended to cater specifically to mainstream America.

Does Eric Nam pass the authenticity test? Nam’s hope to “keep making good music that people dig” may seem like he is buying into commercialization, but “Asian American music” as a heuristic provides a different perspective.9 Nam’s style of alternating between two worlds, without abiding by the demand for fusion that is placed on authentic and meaningful Asian American music, is, in fact, far from racial indifference or respectability politics. It is a recognition that being Asian American is more than the parts – Asian and American – or their sum. Likewise, Asian American music should not simply be defined as the fusion between “Asian music” and “American music”.

Rather than bridging musical notes, Nam seeks to bridge audiences. Nam’s goal is that his audiences, united through a musical connection to him, can realize the significant contributions that Asian Americans have to offer in music. While striving for fame and recognition, he actively mobilizes that privilege to get a message across. Understood in this social and personal context, Nam’s commitment to bring respect to his identity through popular music is a more powerful sign of authenticity than any innovative fusion of sounds.

“I think more than anything I want to inspire and I want to make a positive impact. Part of my reason for choosing this career path was that I thought I would be in a position where I have a large platform to do good and be good. I want to encourage people, no matter what career path they’re considering, to know what they’re doing and why they want to do it. Do whatever you want, just have a solid reason to back it up.”12